For the orange and cinnamon sauce: 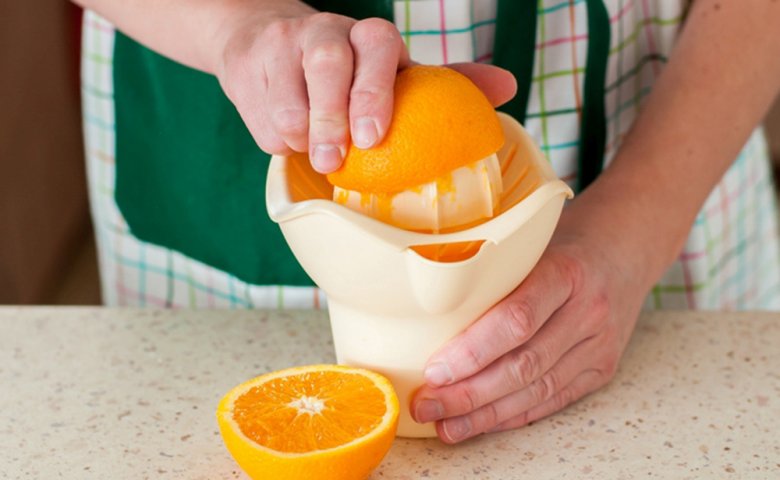 First cut the oranges in half and squeeze them using a citrus press. 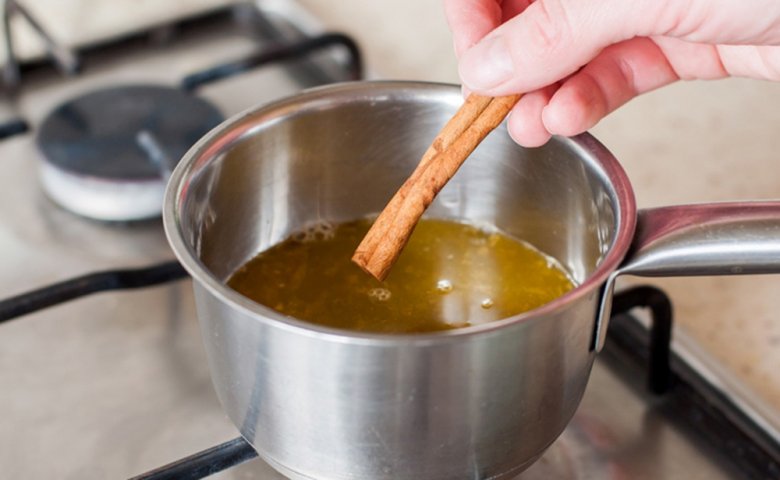 For the orange-cinnamon sauce, put the orange juice together with the cinnamon stick and the poultry stock in a saucepan, bring to the boil and simmer for 5 minutes. Finally, season with salt, pepper and a pinch of sugar. 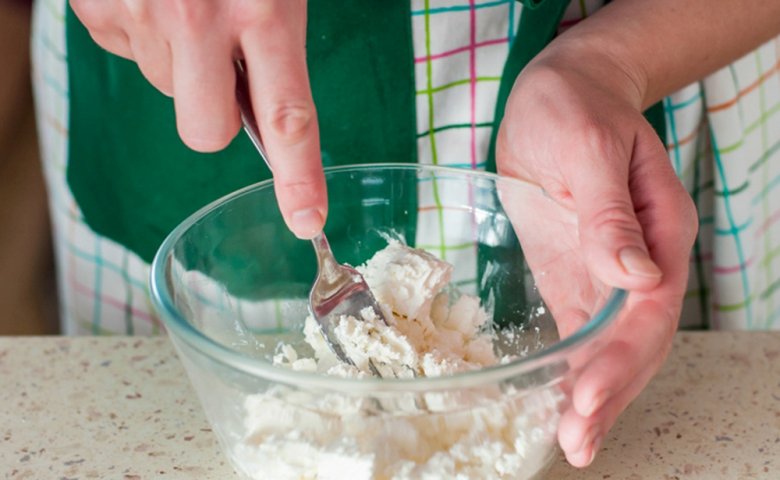 For the filling, first put the cream cheese in a bowl and stir until smooth with a fork.

Then wash the basil, roughly chop it and mix it with the hazelnuts and cranberries with the cream cheese. Then season with salt and pepper.

Place the turkey roast on a work surface, sprinkle with salt and pepper and spread the cream cheese filling on top. Then roll up the whole thing from the broad side and wrap it tightly with kitchen thread.

6. Pour the sauce over the roll roast 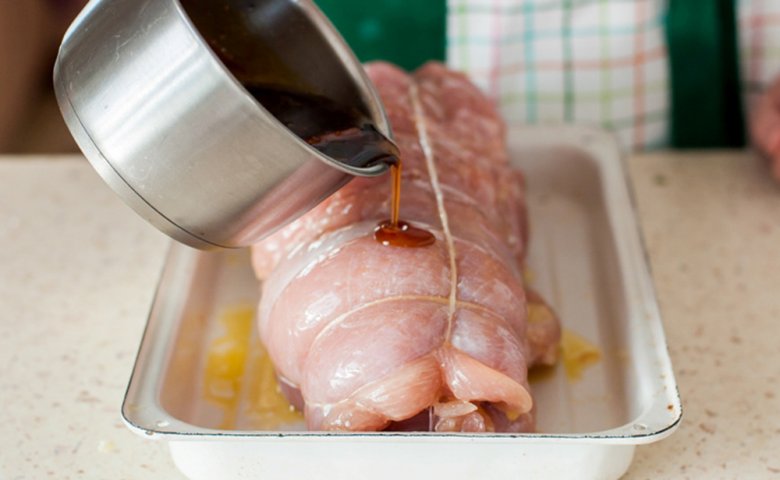 Now place the turkey roast on a greased baking sheet, pour the orange and cinnamon sauce over it and fry in the preheated oven for about 90 minutes. 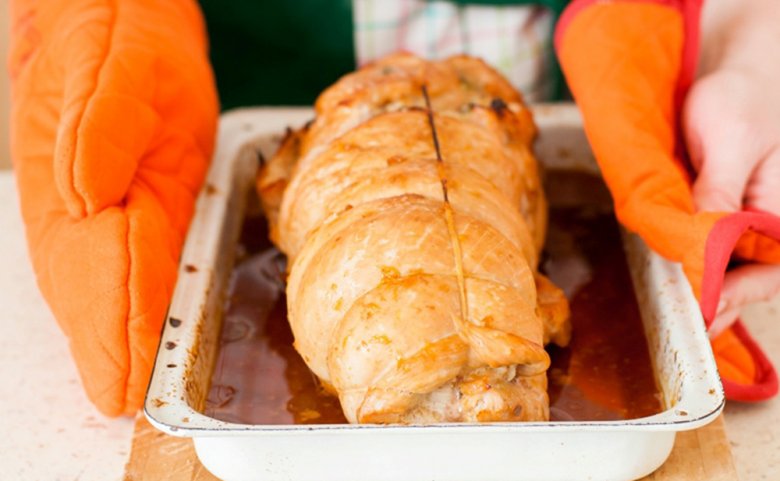 Then take the roast out of the oven, cover with aluminum foil, let rest for about 5 minutes, then cut into slices and serve.

Serve with steamed vegetables such as broccoli.

Cooking with the WOK