For a while, microwave cooking was all the rage. Even if not everyone is screaming for it today, the microwave is still a popular instrument in the kitchen, not least because it creates the possibility of low fat to cook. At the same time, the vitamins contained are conserved. The microwave is particularly popular because it is how cooking is done easy and very fast goes.

Thaw frozen food in the microwave

If you want to quickly access frozen food, you can defrost it in the microwave.

Microwaves usually have a defrost level that works with a power of up to 240 watts, depending on the food. They tell the microwave what kind of food it is (e.g. meat, fish, vegetables) and how difficult the product is to be defrosted, and the microwave automatically selects the correct power and the correct defrosting time. 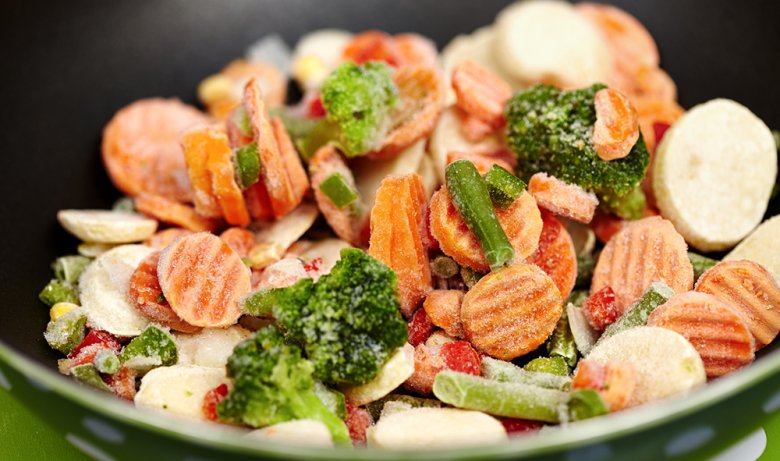 Frozen goods such as vegetables can be quickly thawed and prepared in the microwave. (Photo by: Xalanx / Depositphotos)

The advantage of defrosting in the microwave is that the waves penetrate the inside of the food and thaw it as evenly inside and outside, so a microwave should not be missing in any home. Incidentally, if you defrost without the defrost function and set the power too high, it can happen that your food is already cooked on the outside while it is still frozen in the middle. This is particularly fatal with meat, for example, as it dries out when it is already done on the outside.

Depending on which food you are defrosting, it can be useful to turn it a few times so that the defrosting process goes smoothly.

Heat food in the microwave

A lot of people get it wrong when reheating in the microwave. It’s not about getting the dish to steam as quickly as possible, but about heating it evenly. The best way to achieve this is to use a Power not exceeding 400 watts invest.

It will take a little longer, but you will not find that your food is still lukewarm on the inside, while the outside is already half dry from the heat. For most dishes, it is advisable to preheat a maximum of one to two minutes at 600 watts and then continue heating at 360 watts for up to five minutes.

Also, it doesn’t hurt to stir the plate occasionally.

At 600 watts, blanching takes between two and five minutes, depending on the vegetables. Then the vegetables are taken out of the water and cooled in ice water for about as long as the blanching itself took. 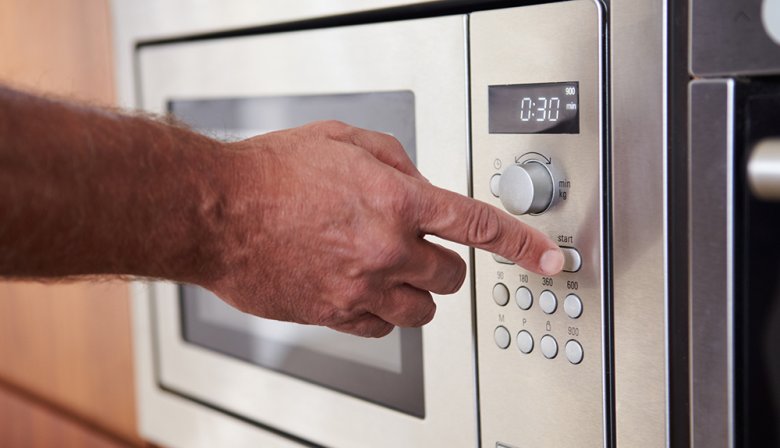 When cooking with the microwave, it is important that the correct setting is selected. (Photo by: monkeybusiness / Depositphotos)

You can even cook meat in the microwave. The performance should be for this at least 500 watts be. However, it should not exceed 750 watts, as this would lead to the meat drying out.

In addition, always wait until after cooking with salting, as the salt would remove the liquid from the meat during the cooking process.

First of all, any type of meat is suitable to be cooked in the microwave. However, you should avoid doing this with beef and game as much as possible, as they tend to be tough and leathery. If you cook other types of meat such as pork or poultry, you do not need to add any additional fat or water; the content of the meat is quite sufficient.

Depending on which taste goal you want to achieve, you can help with a little cream.

Cooking with the WOK