As a typical winter vegetable, Brussels sprouts taste best when the only walnut-sized, light to dark green “florets”, which are actually shoot buds that look like miniature cabbage heads first frost have gotten. It is said that it is then more tender, more aromatic and easier to digest.

Main harvest season is therefore the Late autumn and early winter. In our latitudes you can usually get it well into December. Like asparagus, it takes a lot of time because the Brussels sprouts are too by hand harvested.

In the trade, Brussels sprouts are portioned in nets or offered loose.

Tip: When shopping, make sure that the buds are still tightly closed.

A light, mostly blue-gray shimmering “wax layer” is normal and can be easily washed off during preparation. However, yellow or even wilted outer leaves suggest that the goods are not fresh or that they were stored too warm. That would be a shame, because it creates even more waste, since the outer leaves of the Brussels sprouts have to be removed before cooking anyway. 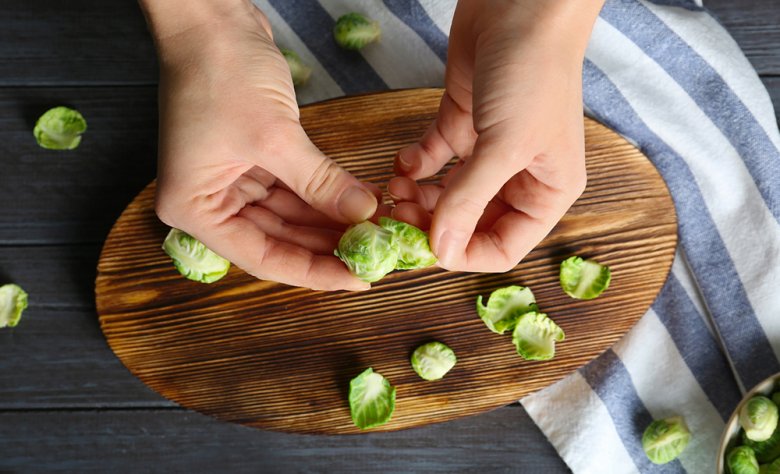 The outer leaves of the Brussels sprouts should be removed before preparation. (Photo by: belchonock / Depositphotos)

In the meantime, bring the salted water to the boil and then add the prepared “mini cabbage heads”. The same applies to these vegetables – just do not cook too soft, but rather cook them crisply. If only so that a lot of the valuable vitamins are preserved. Depending on the desired firmness, this is enough 10-12, maximum 15 minutes.

Tip: Instead of salted water, try meat or chicken broth!

When the desired cooking level is reached, drain the Brussels sprouts and then toss them in a little butter and season with pepper, salt and nutmeg, possibly also basil.

Serve in a variety of ways 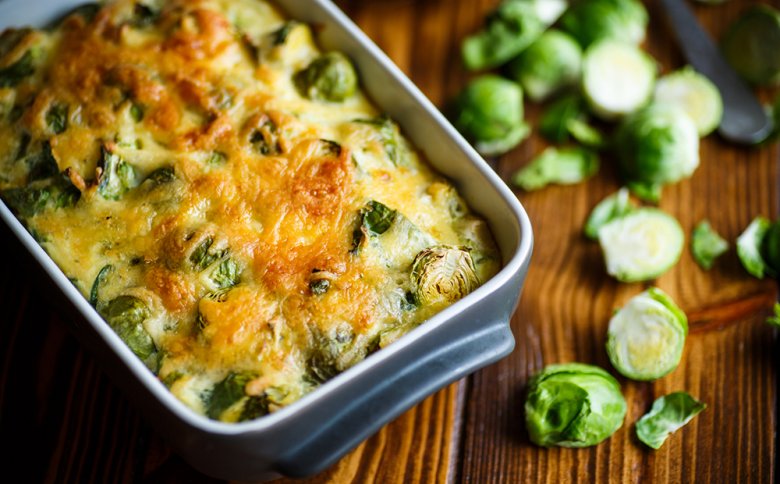 Brussels sprouts can be cooked in a number of ways. (Photo by: Rawlik / Depositphotos)

Brussels sprouts are also served mixed with finely chopped, fried onions and small cubes of bacon. Some like it to be poured with cream instead of tossed in butter.

In any case, it goes great with meat, game and poultry. In the run-up to Christmas, Brussels sprouts are often served with caramelized chestnuts. But cabbage sprouts are also good for vegetable casseroles or as a salad.

They can also be made into a delicious soup and serve perfectly as raw vegetables with a little grated caraway seeds.